I enjoy the books in this series. There is always a mystery, of course, but the secondary themes--relationship between Mary Russell and Sherlock Holmes--and Mary's studies of religion and ... Vollständige Rezension lesen

When we last left Mary Russell, she was a young woman on the verge of partnering with the incomparable Sherlock Holmes. She had a razor sharp wit, blistering fast powers of observation and deduction ... Vollständige Rezension lesen

Laurie R. King is the Edgar Award–winning author of the Kate Martinelli novels, the acclaimed Mary Russell mysteries, and several stand-alone novels, including the highly praised A Darker Place. She lives in northern California. 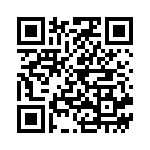