Seite 255
I wonder that Priestley has overlooked this , because it is the same philosophy with Plato's , and would have shown that the Pythagorean , as well as the Platonic philosophers , probably concurred in the fabrication of the Christian ...
Seite 265
These philosophers have shown themselves as incapable of governing mankind , as the Bourbons or the Guelphs . ... This new philosophy was , by his own account , as insidious , fraudulent , hypocritical , and cruel , as the old policy of ...
Seite 269
It is not only a narrative of the incessant great wars between the ecclesiastics and the philosophers , but of the ... of their almighty philosophy , almost as suddenly as Catholics and Calvinists believe in instantaneous conversion . 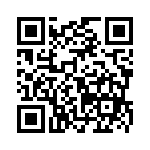