This is a fine snapshot of the social, political and personal history of Britain in and around the year 1215, the year the Magna Carta was signed. While the lords and the King were wrestling for ... Vollständige Rezension lesen

The Magna Carta is a wonder of modern governing, all the more fascinating because it initially was a failure. "1215: The Year of Magna Carta" digs into the world that produced the document, and ... Vollständige Rezension lesen 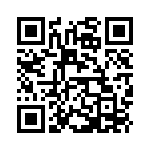