Don Higginbotham, author of George Washington and the American Military Tradition among numerous other books, is Dowd Professor of History and Peace, War, and Defense at the University of North Carolina, Chapel Hill. 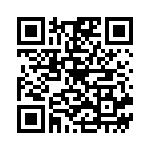