Sophocles was born around 496 B.C. in Colonus (near Athens), Greece. In 480, he was selected to lead the paean (choral chant to a god) celebrating the decisive Greek sea victory over the Persians at the Battle of Salamis. He served as a treasurer and general for Athens when it was expanding its empire and influence. He wrote approximately 123 plays including Ajax, Antigone, Oedipus Tyrannus, Trachiniae, Electra, Philoctetes, and Oedipus at Colonus. His last recorded act was to lead a chorus in public mourning for Euripides. He died in 406 B. C. 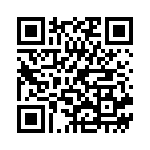