Seite 219 - When we had given our bodies to the wind, And all the shadowy banks on either side Came sweeping through the darkness...
Wird in 453 Büchern von 1812 bis 2007 erwähnt
Seite 231 - All strength — all terror, single or in bands, That ever was put forth in personal form — Jehovah — with his thunder, and the choir Of shouting Angels, and the empyreal thrones — I pass them unalarmed.
Wird in 488 Büchern von 1814 bis 2008 erwähnt
Mehr
Seite 38 - It was published, as an experiment, which, I hoped, might be of some use to ascertain, how far, by fitting to metrical arrangement a selection of the real language of men in a state of vivid sensation...
Wird in 402 Büchern von 1800 bis 2008 erwähnt
Seite 49 - The poet, described in ideal perfection, brings the whole soul of man into activity, with the subordination of its faculties to each other, according to their relative worth and dignity. He diffuses a tone and spirit of unity, that blends, and, (as it were,) fuses, each into each, by that synthetic and magical power, to which we have exclusively appropriated the name of imagination.
Wird in 552 Büchern von 1817 bis 2008 erwähnt
Seite 192 - In body, and become a living soul: While with an eye made quiet by the power Of harmony, and the deep power of joy, We see into the life of things. If this Be but a vain belief, yet, oh! how oft...
Wird in 332 Büchern von 1802 bis 2006 erwähnt
Seite 64 - OH! what's the matter? what's the matter? What is't that ails young Harry Gill ? That evermore his teeth they chatter, Chatter, chatter, chatter still...
Wird in 197 Büchern von 1798 bis 2007 erwähnt
Seite 108 - Where Machination her fell soul resigns, Fled panting to the centre of her mines ; Where Persecution decks with ghastly smiles Her bed, his mountains mad Ambition piles ; Where Discord stalks dilating, every hour, And crouching fearful at the feet of Pow'r, Like Lightnings eager for th...
Wird in 74 Büchern von 1820 bis 2008 erwähnt
Seite 75 - The sounding cataract Haunted me like a passion : the tall rock, The mountain, and the deep and gloomy wood, Their colours and their forms, were then to me An appetite ; a feeling and a love, That had no need of a remoter charm, By thought supplied, or any interest Unborrowed from the eye.
Wird in 983 Büchern von 1798 bis 2008 erwähnt
Seite 142 - Nor less I deem that there are Powers Which of themselves our minds impress; That we can feed this mind of ours In a wise passiveness.
Wird in 593 Büchern von 1798 bis 2007 erwähnt
Seite 216 - But worthier still of note Are those fraternal Four of Borrowdale, Joined in one solemn and capacious grove; Huge trunks! and each particular trunk a growth Of intertwisted fibres serpentine Up-coiling, and inveterately convolved...
Wird in 339 Büchern von 1815 bis 2007 erwähnt
Weniger

Brennan O'Donnell, Ph.D., is the 19th president of Manhattan College. Before coming to New York, O'Donnell spent 17 years at Loyola College in Maryland (now Loyola University Maryland), where he served as a professor of English and, from 1999-2004, as director of the university-wide honors program. An active scholar, his teaching and research interests focus mainly upon poetry, especially of the British Romantic period, and on religion and literature, particularly contemporary American Catholic writers. He has authored two books on the poetry of William Wordsworth and co-edited The Work of Andre Dubus, a collection of essays published as a double issue ofReligion and the Arts. In addition, O'Donnell has published articles, essays and reviews in some of the leading journals in his field. At Manhattan, he continues to hold a faculty appointment, as he did at Fordham and Loyola, as professor of English. As the first president of the College not to be a member of the Brothers of the Christian Schools, O'Donnell is treading new ground at Manhattan College. He has experience in such transitions, however, as he was also the first layperson to serve as dean of Fordham College at Rose Hill. His publications and lectures demonstrate a keen engagement in issues of faith and education, specifically Catholic higher education. From 1994-2000, he served as editor of the national magazine Conversations on Jesuit Higher Education, and he was a member of the National Seminar on Jesuit Higher Education from 1993-2000. In addition, he is currently on the board of trustees at La Salle University and the Commission on Independent Colleges and Universities (cIcu), and has served as a board member for the Lilly Fellows Program and for Collegium, a consortium of Catholic universities that strives to strengthen faculty understanding of and participation in the mission of Catholic higher education. A native of Pennsylvania's Wyoming Valley, Dr. O'Donnell earned his B.A. with highest distinction and honors in English at The Pennsylvania State University in 1981, where he was inducted into Phi Beta Kappa. He earned an M.A. and a Ph.D. at the University of North Carolina at Chapel Hill in English and American literature and language. He is the recipient of numerous fellowships, grants, awards and honors. 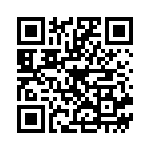