Despite the pretend double-bluff contained within I'm going to go with the critique of Calvinism interpretation. It probably dates me that what I first thought a few chapters in wasn't Jekyll and Hyde ... Vollständige Rezension lesen

***** for this volume's main entry. This is a one-of-a-kind book that manages to tell the same story in two different ways and achieve two different reactions on the part of the reader. The villain of ... Vollständige Rezension lesen

Son of a Scottish shepherd and descended from minstrels, Hogg led a life that has the fictional quality Thomas Hardy was to capture later in the century in his novels of country life. After meeting Sir Walter Scott in 1802, Hogg adopted the name "Ettrick Shepherd," a pseudonym under which he published original lyrics and ballads. In 1814 Hogg met William Wordsworth and enjoyed literary friendships in the Lake District, although he parodied the other poets' styles and mannerisms in The Poetic Mirror (1816). He married at age 50 and fathered five children, whom he tried to support by the same kind of unproductive farming at which Robert Burns had labored a generation before. Like Burns, his convivial nature and verbal talents won him a following in fashionable society, especially after the publication of his first novel, The Private Memoirs and Confessions of a Justified Sinner (1824), when he was 53 years old. The first novel to explore psychological aberrations, it traces the collapse of a personality under the pressure of social conformity, native superstition, and religious excess. Since the introduction by Andre Gide to the 1947 Cresset edition, it has acquired an academic following and a new popularity. There is a James Hogg Society, founded in 1982, which publishes a newsletter. 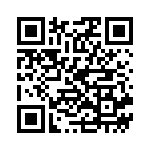