This book is frightening if true. The premise, set forth in the introduction and detailed in the book, is that the US government has used experimental vaccines from the Desert Shield / Storm era ... Read full review

Gary Matsumoto, a journalist based in New York City, has reported from thirty-two different countries on five continents, covered two wars and five popular uprisings, and won ten journalism awards. He has been the London Bureau Manager and Chief Foreign Correspondent for NBC Radio News; a National Correspondent for NBC's Weekend Today Show and Senior Correspondent for the Fox News Channel. As a broadcaster, he has covered events ranging from the toppling of the Communist Party in Eastern Europe to Desert Storm, the Tiananmen Square massacre to the death of Princess Diana. He has written about the anthrax letter attacks for the Washington Post and Science magazine. His 1999 article in Vanity Fair was the first to draw the connection between the anthrax vaccine and Gulf War Syndrome. 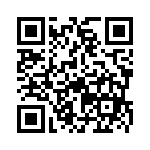