The story of the breaking of the Enigma code in World War 2 is a fascinating one. It is filled with brilliance, daring, danger and betrayal. Hugh Sebag-Montefiore has written an exemplary history ... Read full review

Before WWII started the German military build several cipher computing devices. These devices had wheels within them with letters and number and you could type in your plain text and the machine would ... Read full review

HUGH SEBAG-MONTEFIORE is an attorney and journalist who has written for numerous British newspapers, including the Sunday times, the Sunday Telegraph, and the Observer. His family owned Bletchley Park before it was sold to the British government in the late 1930s. He lives in London. 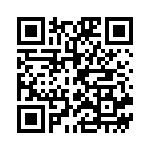