Seite 1
Biographically , too , there are several reasons why Brome is a particularly
important figure among early modern dramatists . First and foremost is his
connection with Ben Jonson : first as manservant , then as rival , then as friend .
However ...
Seite 89
The context of the Spanish territories in Italy forms part of the imaginative
background of the play , which is important since English policy towards Spain
constituted one of the major issues of the 1630s , and was one of the reasons for
Henrietta ...
Seite 116
Brome is an important early inheritor of Shakespeare , and The Antipodes can
perhaps be called his most Shakepearean play . 23 Notes i Bentley , JCS , 2.652
–72 ; Haaker , “ Plague ' , 305 . 2 Bentley , JCS , 1.324-42 . 3. Richard Dutton ... 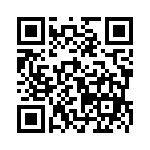