Seven year old Sara Crewe lives with her dad in India and is his pride and joy. Her father is rich and she is never exposed to any other life. As with other children, however, she must go to school in ... Vollstðndige Rezension lesen

I love love love this story! Such a beautiful tale of a young girl! Of course, the fatherdaughter relationship made me sob in parts, but I loved it! So beautiful, pretty and innocent! A little slow at times, but still amazing! Vollstðndige Rezension lesen

Frances Hodgson Burnett lived from 1849 to 1924. She was born in Manchester and lived in great poverty after the death of her father in 1853. She escaped the horror of her surroundings by writing stories and often returned to a rags-to-riches or a riches-to-rags theme. In 1865 her family accepted a relative’s invitation to emigrate to America. They were still poor but the wide open spaces of Tennesssee were better than the slums of Manchester. Frances had to earn money so began writing short pieces for American magazines. In 1873 she married Dr Swan Burnett, and it was under her married name that she became a world-famous children’s writer.

Frances Hodgson Burnett wrote over forty books; the two that are best-known today are The Secret Garden and Little Lord Fauntleroy. In later life she became rather eccentric, turned to spiritualism and mystic cults and took to wearing frilly clothes and titian-coloured wigs – this earned her the nickname ‘Fluffy’. 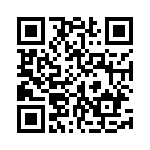