After a year of effort going through this anthology, here are my impressions. + is hit, - is miss: + The Star Stealers (1929) by Edmond Hamilton Alien cones piloting a dark star attempt to steal the ... Vollständige Rezension lesen

I was very excited to receive this book, as Tor is an outstanding publisher, Hartwell an excellent editor, and space opera perhaps my favorite genre in all forms of literatrure. The fundamental ... Vollständige Rezension lesen

David G. Hartwell, called “an editor extraordinaire” by Publishers Weekly, is one of science fiction’s most experienced and influential editors. He has been nominated for the Hugo Award thirty-one times. Kathryn Cramer co-edited the World Fantasy Award-winning anthology The Architecture of Fear and was the editor of its widely-praised sequel Walls of Fear. She has edited and co-edited several other anthologies. Hartwell and Cramer co-edit the annual Year’s Best Fantasy and Year’s Best SF series. They live in Pleasantville, New York. 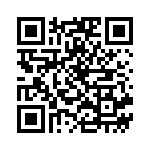