Shakespeare the playwright: a companion to the complete tragedies, histories, comedies, and romances

A useful guide for the general reader, as well as high school and undergraduate students, to Shakespeare's 37 plays. After a brief introduction outlining Shakespeare's life and career, Cahn carefully ... Vollständige Rezension lesen

Seite 161 - Poor naked wretches, wheresoe'er you are, That bide the pelting of this pitiless storm, How shall your houseless heads and unfed sides, Your loop'd and window'd raggedness, defend you From seasons such as these ? O, I have ta'en Too little care of this ! Take physic, pomp ; Expose thyself to feel what wretches feel, That thou mayst shake the superflux to them, And show the heavens more just.
Wird in 828 Büchern von 1800 bis 2008 erwähnt
Seite 69 - This was the noblest Roman of them all: All the conspirators, save only he, Did that they did in envy of great Caesar; He, only, in a general honest thought, And common good to all, made one of them. His life was gentle; and the elements So mix'd in him, that Nature might stand up, And say to all the world, This was a man!
Wird in 782 Büchern von 1762 bis 2008 erwähnt
Mehr
Seite 91 - Why, look you now, how unworthy a thing you make of me ! You would play upon me ; you would seem to know my stops ; you would pluck out the heart of my mystery ; you would sound me from my lowest note to the top of my compass : and there is much music, excellent voice, in this little organ ; yet cannot you make it speak. 'Sblood, do you think I am easier to be played on than a pipe ? Call me what instrument you will, though you can fret me, you cannot play upon me.
Wird in 823 Büchern von 1788 bis 2008 erwähnt
Seite 86 - I'll leave you till night: you are welcome to Elsinore. Ros. Good my lord ! [Exeunt Rosencrantz and Guildenstern. Ham. Ay, so, God be wi' you : — Now I am alone. O, what a rogue and peasant slave am I ! Is it not monstrous, that this player here, But in a fiction, in a dream of passion, Could force his soul so to his own conceit, That, from her working, all his visage wann'd ; Tears in his eyes, distraction in's aspect, A broken voice, and his whole function suiting With forms to his conceit ?...
Wird in 776 Büchern von 1788 bis 2008 erwähnt
Seite 399 - This England never did, (nor never shall,) Lie at the proud foot of a conqueror, But when it first did help to wound itself. Now these her princes are come home again, Come the three corners of the world in arms, And we shall shock them : Nought shall make us rue, If England to itself do rest but true.
Wird in 972 Büchern von 1767 bis 2008 erwähnt
Seite 103 - tis not to come; if it be not to come, it will be now ; if it be not now, yet it will come : the readiness is all : Since no man, of aught he leaves, knows, what is't to leave betimes ?
Wird in 864 Büchern von 1803 bis 2008 erwähnt
Seite 193 - Is this a dagger which I see before me, The handle toward my hand ? Come, let me clutch thee. I have thee not, and yet I see thee still. Art thou not, fatal vision, sensible To feeling as to sight ? or art thou but A dagger of the mind, a false creation, Proceeding from the heat-oppressed brain ? I see thee yet, in form as palpable As this which now I draw. Thou marshall'st me the way that I was going ; And such an instrument I was to use. Mine eyes are made the fools o...
Wird in 892 Büchern von 1784 bis 2008 erwähnt
Seite 186 - This supernatural soliciting Cannot be ill, cannot be good : — if ill, Why hath it given me earnest of success, Commencing in a truth ? I am thane of Cawdor If good, why do I yield to that suggestion Whose horrid image doth unfix my hair, And make my seated heart knock at my ribs, Against the use of nature...
Wird in 707 Büchern von 1784 bis 2008 erwähnt
Seite 135 - I'll not shed her blood, Nor scar that whiter skin of hers than snow, And smooth as monumental alabaster. Yet she must die, else she'll betray more men. Put out the light, and then put out the light.
Wird in 516 Büchern von 1800 bis 2007 erwähnt
Weniger

VICTOR L. CAHN is Professor of English at Skidmore College. He teaches courses in Shakespeare and modern drama and is the author of four books and several plays. His numerous articles and reviews have appeared in such diverse publications as Modern Drama, The Literary Review, The New York Times, and Variety. 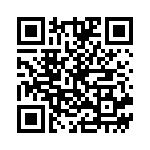