Seite 1 - A statute of this state enacts, " that no black or mulatto person or persons shall hereafter be permitted to be sworn, or give evidence in any court of record or elsewhere, in this state, in any cause depending, or matter of controversy, when either party to the same is a WHITE person ; or in any prosecution of the state against any WHITE person.
Wird in 41 Büchern von 1816 bis 2007 erwähnt

Beginning in 1803, the Ohio legislature enacted what came to be known as the Black Laws. These laws instituted barriers against blacks entering the state and placed limits on black testimony against whites. Basing his narrative on massive primary research, often utilizing previously unexplored sources, Stephen Middleton tells the story of racial oppression in Ohio and recounts chilling episodes of how blacks asserted their freedom by challenging the restrictions in the racial codes until the state legislature repealed some pernicious features in 1849 and finally abolished them in 1886.

The fastest-growing state in antebellum America and the destination of whites from the North and the South, Ohio also became the destination for thousands of southern blacks, both free and runaway. Thus, nineteenth-century Ohio became a legal battleground for two powerful and far-reaching impulses in the history of race and law in America. One was the use of state power to further racial discrimination, and the other was the thirst of African Americans and their white allies for equality under the law for all Americans.

Written in a clear and compelling style, this pathbreaking study will be required reading for historians, legal scholars, students, and those interested in the struggle for civil rights in America. 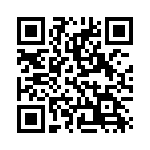