Julian Baggini's books include Welcome to Everytown: A Journey into the English Mind, What's It All About?: Philosophy and the Meaning of Life, the bestselling The Pig that Wants to be Eaten, Do They Think You're Stupid?, The Ego Trick, The Virtues of the Table: How to Eat and Think, and Freedom Regained, all published by Granta Books. He has written for various newspapers, magazines, academic journals and think tanks. His website is microphilosophy.net. 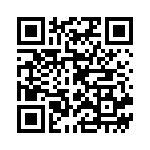