Seite 12
Do you not know , Gentlemen , that when Govern . ment ceases to perform its
legitimate functions to the people , and to protect them in their inalienable rights ,
among which , as our fathers declared , are ' life , liberty , and the pursuit of ...
Seite 15
Is it to protect the citizens in their rights ? That is needless , because those rights
have never been in tre least infringed upon in Utah , and we are far better
prepared to protect ourselves than when we first settled in this Territory , while
our ...
Seite 19
charge , within the limits of this Territory , the functions of the offices to which they
have been appointed , so long as our Territory is menaced by an invading army ,
( for such an army cannot have been sent to protect either the citizens or the ... 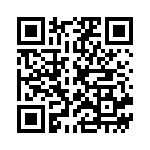