Guido W. Imbens is Professor of Economics at the Graduate School of Business, Stanford University. He has held tenured faculty positions at Harvard University, the University of California, Los Angeles, the University of California, Berkeley, and Stanford University. He is a fellow of the Econometric Society and the American Academy of Arts and Sciences. Imbens has published widely in economics and statistics journals, including Econometrica, The American Economic Review, the Annals of Statistics, the Journal of the American Statistical Association, Biometrika, and the Journal of the Royal Statistical Society.

Donald B. Rubin is John L. Loeb Professor of Statistics at Harvard University, where he has been professor since 1983 and department chair for thirteen of those years. He has authored or coauthored nearly four hundred publications (including ten books), has four joint patents, and has made important contributions to statistical theory and methodology, particularly in causal inference, design and analysis of experiments and sample surveys, treatment of missing data, and Bayesian data analysis. Rubin has received the Samuel S. Wilks Medal from the American Statistical Association, the Parzen Prize for Statistical Innovation, the Fisher Lectureship, and the George W. Snedecor Award from the Committee of Presidents of Statistical Societies. He was named Statistician of the Year by the American Statistical Association, Boston and Chicago chapters. He is one of the most highly cited authors in mathematics and economics with nearly 150,000 citations to date. 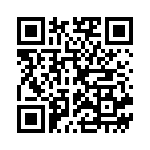