Wahi Kachichyan, Ph.D. is an independent scholar and a political scientist who graduated from Italy specializing in International Relations and Armenian Studies. He served in Rome, Italy, as the adviser to the Ambassador of the Republic of Armenia to the Holy See. Translator, interpreter, he also served as an Armenian language teacher and principal of an Armenian school in the Middle East. As an expert, he has been focusing his research on the subject of the genocide and diaspora challenges in order to identify the best sustainable policies capable of overcoming the genocide-generated concerns and consequences. He is married with three children and lives in California, USA. 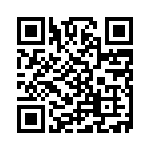