A poet, feminist critic, and professor of English at the University of California at Davis, Gilbert received her Ph.D. from Columbia University in 1968. Her early work addressed canonical male figures, but in the 1970s she began to focus on women writers from a feminist perspective, teaming up with Susan Gubar in what has proven to be a very influential collaboration. In 1979 they published their first joint efforts, a collection of feminist essays on women poets, Shakespeare's Sisters, and The Madwoman in the Attic, an exploration of major nineteenth-century women writers, which has had a major role in defining feminist scholarship. This massive volume takes its title from Jane Eyre's "mad" and monstrous double, Bertha, hidden away in the attic by Jane's would-be lover, Rochester; Gilbert and Gubar see figures like Bertha as resisting patriarchy, subversive surrogates for the docile heroines who populate nineteenth-century fiction by women. Although Gilbert and Gubar's ideas have been very influential, many critics, particularly poststructuralists, have taken issue with them. For Gilbert and Gubar, a woman writer is by definition angry, and her text will express that anger, albeit in disguised or distorted form. Reading hinges on knowing the sex of the author, rather than on a careful analysis of the text itself and the multivalency of its language. Gilbert and Gubar's work is part of a debate about essentialist and antiessentialist feminist theories, which has addressed issues like "the signature" (the significance of knowledge about the author and authorial intentions) and gendered expression in general. 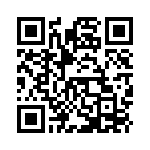