An easily familiar biography of the actress, from a personal friend who fails to connect some of the critical pieces in her puzzle.It's clear from the get-go that screenwriter, novelist, and ... Vollständige Rezension lesen

Gavin Lambert knew Natalie Wood, but he manages to refer to himself very rarely in this biography of the famous actress who drowned mysteriously one night on the family yacht. Nor does he manage to ... Vollständige Rezension lesen

Gavin Lambert was born and educated in England. He co-edited the film magazine Sequence with Lindsay Anderson, was the editor of Sight and Sound and wrote film criticism for the Sunday Times and the Guardian. He is the author of three previous biographies - On Cukor, Norma Shearer, Nazimova - the memoir Mainly About Lindsay Anderson, and seven novels, among them The Slide Area and The Goodbye People. His screenplays include The Roman Spring of Mrs Stone, the Oscar-nominated Sons and Lovers and I Never Promised You a Rose Garden. He lives in Los Angeles. 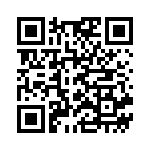