JIM GATHERAL is a Managing Director at Merrill Lynch and also an Adjunct Professor at the Courant Institute of Mathematical Sciences, New York University.Dr. Gatheral obtained a PhD in theoretical physics from Cambridge Universityin 1983. Since then, he has been involved in all of the major derivative product areasas a bookrunner, risk manager, and quantitative analyst in London, Tokyo, and New York. From 1997 to 2005, Dr. Gatheral headed the Equity Quantitative Analytics group at Merrill Lynch. His current research focus is equity market microstructure and algorithmic trading.

With a foreword by Nassim Nicholas Taleb
Taleb is the Dean's Professor in the Sciences of Uncertainty at the University of Massachusetts at Amherst. He is also author of Fooled by Randomness: The Hidden Role of Chance in Life and in the Markets (Random House, 2005). 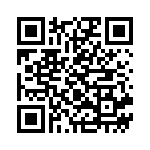