Seite 316
There is a little literary society, mainly of young writers and artists, called the
Bread Club. It had a dinner-party the other evening, when one young artist who
was about starting to Europe for his art-study made a speech saying that he was
going ...
Seite 523
The Young Turks have, indeed, for a long time proclaimed their desire to remain
neutral between the Triple Alliance and the Triple Entente, but, in reality, they
have already chosen their side. They are at no pains, moreover, to conceal their ...
Seite 869
In the month of February, 1830, Théophile Gautier, eighteen years of age, was
whistling to himself the “Chasse du Burgrave” as he sketched in a nude figure at
his easel in Rioult's studio, when a very fair young man called to see him; it was ... 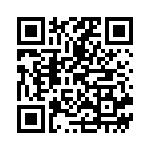