Seite 2
On iarch 2 , 1853 , the Washington Territory was created of Crecon land roughly
north of the 3rd parallel , rest of the Rocky Mountains . lience , the land later to
become Idaho was at that time divided . Everything in that territory , cast of Cape
...
Seite 17
Record of instruncnts convoying titlo to U. S. Land ; sivos instrument nunber ,
name of patentco , description of property , legal location , patent numbor , date
filed , dato recordod , scal , and amount of fees . 24. ( BOND FOR DEED ) , 1863--
, In ...
Seite 37
Assessor - Assessment ; Public Lands ( 131the same year , the legislature
established a state highway comnission , to which ... A record of numbers given
to irregular parcels of land of which the boundaries are described by metos and
bounds ... 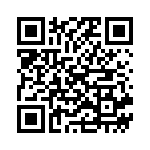