Charles Martin was born in New York City in 1942. He earned a Ph.D. in English from the State University of New York at Buffalo. The recipient of numerous awards, Martin has received the Bess Hokin Prize, the Literature Award from the American Academy of Arts and Letters, and fellowships from the National Endowment for the Arts and the Ingram Merrill Foundation. Three of his poetry collections--Steal the Baconnbsp;(1987),nbsp;What the Darkness Proposesnbsp;(1996), andnbsp;Starting from Sleep: New and Selected Poemsnbsp;(2002)--have been nominated for the Pulitzer Prize. His translation of Ovid'snbsp;Metamorphoses won the 2004 Harold Morton Landon Translation Award from the Academy of American Poets.

Emily Wilson is professor of classical studies and graduate chair of the Program in Comparative Literature and Literary Theory at the University of Pennsylvania. Wilson attended Oxford University (Balliol College, B.A., and Corpus Christi College, M.Phil.) and Yale University (Ph.D.). In 2006, she was named a Fellow of the American Academy in Rome in Renaissance and Early Modern scholarship, and in 2019 was named a MacArthur Fellow by the John D. and Catherine T. MacArthur Foundation. In addition to The Odyssey, she has published translations of Euripides, Sophocles, and Seneca. Among her other books are Mocked with Death: Tragic Overliving from Sophocles to Milton; The Death of Socrates: Hero, Villain, Chatterbox, Saint; The Greatest Empire: A Life of Seneca; and Faithful, a book about translation. Wilson is an editor of The Norton Anthology of World Literature and an advisory editor of the Norton Library. 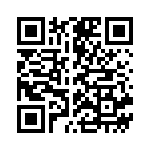