JAY L. HALIO is Professor of English at University of Delaware. He is author or editor of more than 20 books on Shakespeare and his contemporaries and also on modern American and British literature. His numerous publications on Shakespeare include Romeo and Juliet: A Guide to the Play (Greenwood 1998), an edition of The Merchant of Venice for The New Oxford Shakespeare, and an edition of King Lear for The New Cambridge Shakespeare. 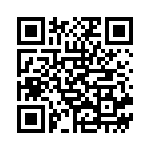