Much drier than his Discoverers for the most part. You can't do a book like this without illustrations. It needed full color photographs, CDs of music and readings of great works. It was a class without the teacher, students and illustrations necessary to bring it to life. Vollständige Rezension lesen

A prolific writer, Daniel Boorstin is the author of numerous scholarly and popular works in American Studies. Born in Georgia and raised in Oklahoma, Boorstin received degrees from Harvard and Yale universities and was a Rhodes Scholar at Balliol College, Oxford. A member of the Massachusetts Bar, he has been visiting professor of American History at the Universities of Rome, Puerto Rico, Kyoto, and Geneva. He was the first incumbent of the chair of American History at the Sorbonne and Pitt Professor of American History and Institutions at Cambridge. He taught at the University of Chicago for 25 years. In 1959 Columbia University awarded him its Bancroft Prize for The Americans: The Colonial Experience (1958), the first volume of his trilogy titled The Americans. In 1966 he received the Francis Parkman Award for the second volume, The Americans: The National Experience (1965), and in 1974 he received the Pulitzer Prize for the third volume, The Americans: The Democratic Experience (1973). Many of Boorstin's books have been translated into Chinese, Japanese, and various European languages. In 1969 Boorstin became director of the National Museum of History and Technology of the Smithsonian Institution. In 1973 he became senior historian at the Smithsonian. Boorstin was appointed Librarian of Congress in 1975 and served in that position with distinction for 12 years, becoming Librarian Emeritus in 1987. 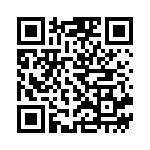