Seite 54
In fact , he is far more dangerous than Saddam Hussein is . So , should we bomb
Bush out of the White House ? It ' s more than clear that Bush is determined to go
to war against Iraq , regardless of the facts , and regardless of international ...
Seite 183
It is certainly important to recognise that there was an ' official Forum , one that
emerged from a concrete set of actors , ideas and events , and that was , in fact ,
what the majority of people did have the opportunity to experience , but there was
...
Seite 210
But as a participant , I gradually became aware that the exercise gave me an
insight into some of what is , in fact , already taking place but is not being ' read '
given the positivist lenses through which we normally tend to see the world
around ... 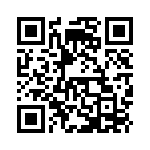