Shelley Sommer worked for the John Fitzgerald Kennedy Library Foundation for fifteen years, first as the director of public relations and then as the director of the Profile in Courage Award. Ms. Sommer is currently a graduate student at the Center for the Study of Children's Literature at Simmons College. She lives with her husband and son on the South Shore of Massachusetts. This is her first book. 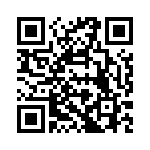