JoAnne Yates, Deputy Dean and Distinguished Professor of Management at the MIT Sloan School of Management, is the author of Control Through Communication: The Rise of System in American Management, also published by Johns Hopkins. 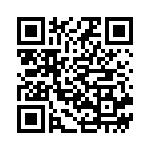