Thought to have been born in or near Verona, Italy, in 84 B.C., Gaius Valerius Catullus came from significant wealth and connections. Motivated by his older brother, Catullus started writing poetry as a young boy. The genuine extant works of Catullus consists of 113 poems on a variety of subjects composed in different styles and meters. Catullus was capable of writing some of the most polished and enchanting poems. His relationship with a married woman was interwoven in many of his love poems with the creation of a character named Lesbia. Nowadays, Catullus's love poetry is considered among the best and most influential. Catullus's poems were widely appreciated by other poets. He greatly influenced poets such as Ovid, Horace, and Virgil. After his rediscovery in the late Middle Ages, Catullus again found admirers. His explicit writing style has shocked many readers. Catullus probably died in 54 B.C. at the age of 30. 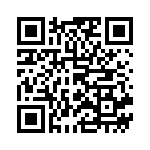