Michael Keefer is a Professor of English at the University of Guelph, former President of the Association of Canadian College and University Teachers of English, and winner of the Renaissance Society of America's Nelson Prize. He has published widely on English Renaissance literature, early modern philosophy, literary and textual-critical theory, and contemporary cultural politics. 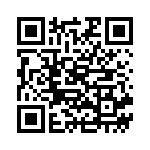