Bruce Gilley is an assistant professor of political science at Portland State University. He serves on the editorial board of the Journal of Democracy and is the author of China's Democratic Future: How It Will Happen and Where It Will Lead; Tiger on the Brink: Jiang Zemin and China's New Elite; Model Rebels: The Rise and Fall of China's Richest Village; and, with Andrew J. Nathan, China's New Rulers: The Secret Files. 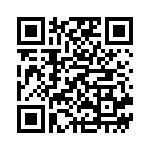