Seite 23
Seven yachts had been entered , but four only started ; viz : Name . Rig . ... The
gun was fired for the start at ten o ' clock , and we never saw the sails of a large
schooner yacht set with greater alacrity than were those of the Lalla Rookh ; the ...
Seite 32
There is not an English cutter - yacht afloat , of any repute , but she has beaten .
Amongst those which have succumbed to her astonishing powers , are the pride
and élite of the Royal Yacht Squadron . The Arrow , Whirlwind , Lulworth ...
Seite 33
Fyfe , of Fairlie , the builder of the Cymba , has turned out three new yachts -
Oithona , Crusader , aud Scud ; all of which ... she got the prize solely on account
of the leading yacht meeting with an accident , and carrying away her topmast . 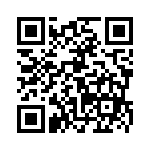