Francis Bacon (1561-1626) was a philosopher, statesman, and essayist. He served as the attorney general and Lord Chancellor of England and was the author of Novum Organum. 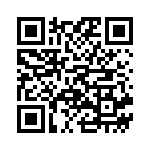