Edward J. Cashin (1927-2007) was professor emeritus of history and former director of the Center for the Study of Georgia History at Augusta State University. His books include The King's Ranger: Thomas Brown and the American Revolution on the Southern Frontier (Georgia), which won the 1990 Fraunces Tavern Book Award of the American Revolution Round Table, and Lachlan McGillivray, Indian Trader: The Shaping of the Southern Colonial Frontier (Georgia), which won the 1992 Malcolm and Muriel Barrow Bell Award of the Georgia Historical Society. 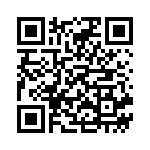