Seite 11
GOVERNMENTAL ORGANIZATION AND RECORDS SYSTEIA Precedent for
county organization as a form of local government probably comes directly to the
United States from England , although some historians trace its origin back to the
...
Seite 32
Record of official documents conveying title of lands from United States as
grantor to persons who have proved their right to ownership fulfilling all
obligations required by them as grantees and entrymen ; also record of
certificates made by the ...
Seite 98
Fifteenth Census of the United States , 1930 , Population , vol . 1 , Washington ,
D. C. Government Printing Office , 1932 . French , Hiram T. , History of Idaho , vol .
1 , Chicago and New York , The Lewis Publishing Company , 1914 . Hawley ... 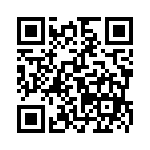