Seite 77
The wandring Sailers of proud Italy , Shall meet those Christians fleeting with the
tyde , 2365 Beating in heaps against their Argoses , And make faire Europe
mounted on her bull , Trapt with the wealth and riches of the world , Alight and
weare ...
Seite 90
Me thinks I see how glad the christian King Is made , for ioy of your admitted truce
: That could not but before be terrified : With ... The treacherous army of the
Christians , Taking aduantage of your slender power , Comes marching on us ,
and ...
Seite 91
Orc . Can there be such deceit in Christians , . I Or treason in the fleshly heart of
man , Whose shape is figure of the highest God ? 2895 Then if there be a Christ ,
as Christians say , But in their deeds deny him for their Christ : If he be son to ... 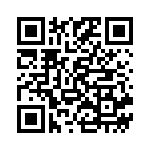