Economic theory is based around the idea of Economic Man - a perfectly rational individual whose only relationships with other people are in trade or in competition (all traditionally masculine traits ... Vollständige Rezension lesen

Homo Economicus is a concept in economics that is wrong. It has failed almost every test, every environment, and every theory. Katrine Marçal has found a new way it is has failed. It totally misjudges ... Vollständige Rezension lesen 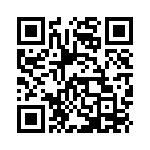