Seite 10 - Pericles indeed, by his rank, ability, and known integrity, was enabled to exercise an independent control over the multitude — in short, to lead them instead of being led by them; for as he never sought power by improper means, he was never compelled to flatter them, but, on the contrary, enjoyed so high an estimation that he could afford to anger them by contradiction.
Wird in 27 Büchern von 1874 bis 2007 erwähnt
Seite 7 - Rockman (1993: 6) distinguish 10 different capabilities that all governments need: to set and maintain priorities among the many conflicting demands made upon them so that they are not overwhelmed and bankrupted; to target resources where they are most effective; to innovate when old policies have failed; to coordinate conflicting objectives into a coherent whole; to be able to impose losses on powerful groups; to represent diffuse, unorganized interests in addition to concentrated...
Wird in 7 Büchern von 1993 bis 2006 erwähnt

George Tsebelis is Professor of Political Science at the University of California, Los Angeles. He is the author of Nested Games: Rational Choice in Comparative Politics and coauthor of Bicameralism. The recipient of a Guggenheim Fellowship, a Hoover National Fellowship, and a Russell Sage Fellowship, he has published numerous papers on the institutions of the European Union and on comparative institutional analysis. 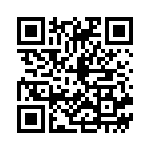