Anaďs Nin 1903-1977 Writer and diarist Anaďs Nin was born February 21, 1903 in Neuilly, France to a Catalan father and a Danish mother. She spent many of her childhood years with her Cuban relatives. Later, she became a naturalized American citizen. Nin is best known for her journals,"The Diary of Anais Nin, Vols. I-VII" and her erotic fiction. In fact, Nin was one of the raliest writers of erotica for women. She also wrote the book Henry and June, which was made into a movie of the same name in 1990. In 1973 Anaďs Nin received an honorary doctorate from the Philadelphia College of Art. She was elected to the United States National Institute of Arts and Letters in 1974. She died of cancer in Los Angeles, California, on January 14, 1977. 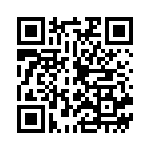