Avinash K. Dixit is Emeritus John J.F. Sherrerd University Professor of Economics at Princeton University, where he offered his popular freshman course in game theory. He is among the world’s leading economists, having made fundamental contributions in several major fields as well as in game theory. He is the author of many books, including Dixit/Nalebuff: Thinking Strategically (Norton, 1991), Dixit/Pindyck: Investment Under Uncertainty (Princeton University Press, 1994), and Dixit/Nalebuff: The Art of Strategy (Norton, 2009).

Barry J. Nalebuff is the Milton Steinbach Professor at the Yale School of Management. Nalebuff applies game theory to business strategy and is the co-founder of one of America's fastest-growing companies, Honest Tea. 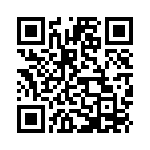