Preaching to the choir, alas. William Easterly is a Chicago School economist who worked for the World Bank for many years. The theme of The White Man’s Burden is western aid efforts to Africa (and, to ... Vollständige Rezension lesen

Easterly explains the problems of international aid in terms of economics. He argues that "planners," experts who tend to make large, unmeasurable goals and all-encompassing programs without ... Vollständige Rezension lesen

William Easterly is a professor of economics at New York University and a senior fellow at the Center for Global Development. He was a senior research economist at the World Bank for more than sixteen years. In addition to his academic work, he has written widely in recent years for The Washington Post, Wall Street Journal, Financial Times, Forbes, and Foreign Policy, among others. He is the author of the acclaimed book The Elusive Quest for Growth: Economists' Adventures and Misadventures in the Tropics. He has worked in many areas of the developing world, most extensively in Africa, Latin America, and Russia. 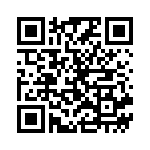