Berry's characteristically clear and opinionated style can be seen coming into its own here. Not my favorite, but I can understand why this was his breakthrough piece. Vollständige Rezension lesen

A great, although uneven, criticism of the reigning agricultural and cultural mentality in the U.S. It's impressive that Berry wrote this more than 30 years ago since the argument seems just as timely ... Vollständige Rezension lesen

Wendell Berry The prolific poet, novelist, and essayist Wendell Berry is a fifth-generation native of north central Kentucky. Berry taught at Stanford University; traveled to Italy and France on a Guggenheim Fellowship; and taught at New York University and the University of Kentucky, Lexington, before moving to Henry County. Berry owns and operates Lanes Landing Farm, a small, hilly piece of property on the Kentucky River. He embraced full-time farming as a career, using horses and organic methods to tend the land. Harmony with nature in general, and the farming tradition in particular, is a central theme of Berry's diverse work. As a poet, Berry gained popularity within the literary community. Collected Poems, 1957-1982, was particularly well-received. Novels and short stories set in Port William, a fictional town paralleling his real-life home town of Port Royal further established his literary reputation. The Memory of Old Jack, Berry's third novel, received Chicago's Friends of American Writers Award for 1975. Berry reached his broadest audience and attained his greatest popular acclaim through his essays. The Unsettling of America: Culture and Agriculture is a springboard for contemporary environmental concerns. In his life as well as his art, Berry has advocated a responsible, contextual relationship with individuals in a local, agrarian economy. 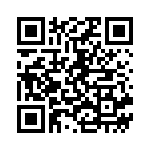