Reviews aren't verified, but Google checks for and removes fake content when it's identified

Preston's treatise was praised by critics when it debuted in 1986. This edition has been revised and expanded with new info, including details on Franco's treatment of imprisoned women. One of the best books on the subject is now even better. Read full review

Paul Preston is PrĒncipe de Asturias Professor of Contemporary Spanish History at the LSE. He has frequently acted as a commentator on Spanish affairs on radio and television and in print in both Britain and Spain. His many books include 'The Politics of Revenge: Fascism and the Military in Twentieth-Century Spain', 'Franco: A Biography', 'Doves of War: Four Women of Spain' and 'Juan Carlos'. He is a Fellow of the British Academy, was made a Comendador de la Orden de Mķrito Civil by King Juan Carlos of Spain, and in 2000 was awarded a CBE. 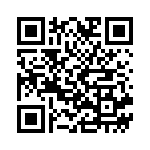