Written by the campaign manager for Howard Dean during his 2004 bid for president, this book is part memoir of Trippi's life and experience campaigning and part call to arms to overthrow the typical ... Vollständige Rezension lesen

Joe Trippi made national headlines with his innovative Internet-based campaign for Governor Howard Dean. A senior adviser on Senator John Edwards's 2008 campaign, Trippi is an election analyst and commentator for CBS, and he has been profiled in GQ, Fast Company, The New Republic, and the New York Times Magazine. A father of three, he lives with his wife on the eastern shore of Maryland. 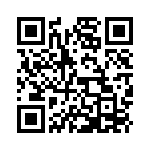