Waverley Root was a foreign correspondent in Europe for nearly fifty years, representing the Chicago Tribune, The Washington Post, Time, and other outlets. He also contributed regularly to The New York Times Magazine, International Herald Tribune, and Gourmet. Among his books are The Food of Italy, The Food of France, Contemporary French Cooking, The Best of Italian Cooking, and Eating in America. Considered one of the major writers on cuisine of his time, Root passed away in 1982. 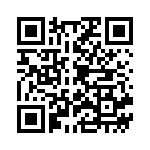