A first hand account of one man's descent into darkness. While Mr Dallaire isn't a writer he still manages to have the reader right beside him. If you want to know about Rwanda debacle this is the book. Vollständige Rezension lesen

Dallaire was a Canadian peacekeeper sent by the UN as commander of the peacekeeping effort in Rwanda a few months before the genocide in 1994. It was very interesting (and extremely frustrating at ... Vollständige Rezension lesen

LT. GEN. ROMÉO DALLAIRE joined the Canadian Army in 1964. After returning from Rwanda, he was promoted to three-star general and served in various senior positions including assistant deputy minister in the Canadian Ministry of Defence. He is the highest-ranking military figure ever stricken with post-traumatic stress disorder, and continues to advise Canadian Forces and Veterans Affairs in matters related to PTSD. In January 2002 he received the inaugural Aegis Award for Genocide Prevention in London. 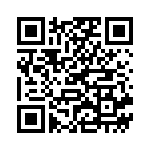