Lara Buchak is an Assistant Professor in the Department of Philosophy at UC Berkeley. She received her AB from Harvard College in philosophy and mathematics in 2003, and her PhD in philosophy from Princeton University in 2009. Her primary research is in decision-making, particularly decision-making in the face of risk. She also has interests in epistemology, in philosophy of religion, and in social choice theory. Some topics she has written on include when and why one ought to stop looking for more evidence and make a decision; what is the nature of faith, both in the religious and the more mundane sense; and what is the relationship between assigning probability to a hypothesis and outright believing that hypothesis. 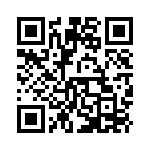