Chris Adamson is an independent writer, editor, and developer who lives in Grand Rapids, Michigan. Now focusing on iOS and Mac development, he is the coauthor of iOS SDK Development. He is also the author of QuickTime for Java: A Developer's Notebook and coauthor of Swing Hacks. He was formerly the editor of java.net and ONJava.com. He consults and publishes through his corporate identity, Subsequently and Furthermore, Inc., with a focus on user-facing and digital media development for Mac and iOS. He blogs on digital media software development at www.subfurther.com/blog. In a previous career, he was a writer/associate producer at CNN Headline News, and over the years, he has managed to own 11 1/2 Macs.

Kevin Avila (a.k.a. dogbert) is a smooth blend of carbon compounds, oxygen, hydrogen, and nitrogen, with some impurities for added flavor. Additionally, he has more than 15 years' experience developing for the Mac and, since its release, the iPhone. Kevin has been involved in every corner of the audio market, from being an engineer at Apple to configuring professional recording studios. He currently is a code mercenary for various clients while he sits in his underwear at home, sipping coffee. 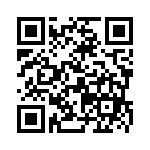