With the notable exception of the Bible (which, after all, is in a class by itself), few good books have been written by committee. This novel, a collaborative effort on the part of Ken Kesey's ... Vollständige Rezension lesen

Ken Kesey, September 17, 1935 - November 10, 2001 Kenneth Elton "Ken" Kesey was born in Colorado on September 17, 1935. He graduated from the University of Oregon, and published two full-length novels that helped to give him a cult following. "One Flew over the Cuckoo's Nest" (1962) owes much to Kesey's own experience as a ward attendant at the Menlo Park Veterans' Hospital. This exciting first novel was told from the point of view of a half-Indian man who thinks of himself as the Big Chief pictured on the writing tablets of everybody's school days looking out at the other inmates in a Disneylike world. Its portrayal of the doomed but heroic rebel McMurphy stood for a particular kind of American individualism. The book was adapted into a successful stage play by Dale Wasserman, and in 1975, Milos Forman directed a screen adaptation, which won the "Big Five" Academy Awards: Best Picture, Best Actor (Jack Nicholson), Best Actress (Louise Fletcher), Best Director (Forman) and Best Adapted Screenplay (Lawrence Hauben, Bo Goldman). Kesey's Sometimes a Great Notion (1964) is a long, complex novel that troubled many of his earlier readers. Kesey's most recent novel was Demon Box (1987); although it was somewhat well received, it was still compared unfavorably to his earlier works. His last major work was an essay for Rolling Stone magazine calling for peace in the aftermath of the September 11 attacks. On October 25, 2001, Kesey had surgery on his liver to remove a tumor. He died of complications from the surgery on November 10, 2001. He was 66. 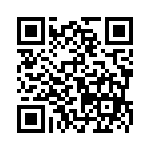